Increase the Productivity of Employees Working in Warehouses 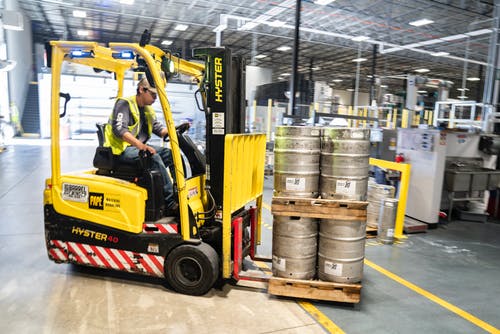 In a climate like Sydney’s, if you own a business you have the added complexity and responsibility of supporting your staff through the intensity of the summer heat and humidity. Air conditioners never seem to be set to an appropriate temperature. Employees often complain about the need to bring an additional item of clothing to work. If it’s more than 30 degrees outside then that seems like a crazy situation, bit it’s something that you hear time and time again. Air conditioners, on the other hand, will blast cold air until the temperature specified on the thermostat is reached. In a large space like a warehouse, that can take a long time with the influx of a lot of expensive cool air.

But that’s air conditioners for you. They are rarely able to decrease the prevailing temperature sufficiently to make it comfortable for everybody. In large spaces like a warehouse, you would most likely be dealing with a ducted system. Unless you had a system that had different thermostats for different zones, and that’s unlikely, then you’re pretty much committed to putting up with it.

But there is an alternative and it’s an alternative that’s ideal for warehouses. Outdoor misting systems and fans by Climate Australia can drop the temperature by as much as three or four degrees. Our mist cooling systems and fans deliver a very high pressure micro-mist delivered from the normal pressure provided by your hose through finely pierced nozzles for an extremely fine mist. These miniscule drops of water evaporate in the heat which is how the temperature drops. Misting systems have an excellent reach and they can have a substantial effect on large areas.

As well as cooling the environment they work really effectively to reduce the number of insects in the air and dust mites which is really important for anybody who suffers from allergies.

The reason misting systems and fans are so great for warehouses is their adaptability. You can use them to cool really large spaces or very specific areas. They intercept incoming hot air with a wall of mist. The fans don’t blow air over people but rather project mist which is how they cool. If there is an area in the warehouse that doesn’t require as much cooling then you simply either disengage or redirect the fans. Air conditioners, on the other hand, will blast cold air until the temperature specified on the thermostat is reached. In a large space like a warehouse, that can take a long time with the influx of a lot of expensive cool air.

Like everything in life, you get what you pay for and Climate Australia sell misting systems that are Australian safety standard accredited and they’re ideal for all indoor and outdoor areas, warehouses, restaurants, clubs, pubs, gyms, sports events, dance halls, outdoor vendors, beaches, entertainment venues, all external or patio hospitality areas and private home use.

Misting fans by Climate Australia can be plumbed to a standard outdoor tap with its own float system which prevents overfilling. Call Climate Australia and ask them about their range of misting fans and experience. Find out what a cooling solution in your warehouse restaurant or any indoor / outdoor space can do for the profitability of your business.